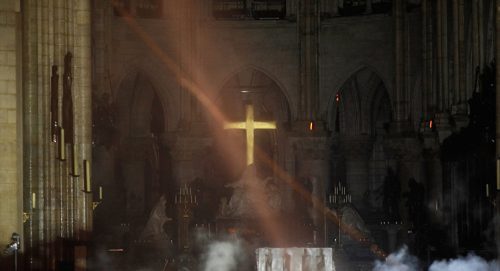 The Esoteric Significance of Easter

To understand the esoteric significance of Easter we need to place Easter within a broader context. Easter falls at the full moon of Aries and esoterically considered is the first of a series of twelve Solar Fire or Full Moon Festivals that constitute the energetic year. There are three major spiritual Festivals which make up the high point in the annual cycle. These are the Festival of Easter at the full moon of Aries, the Festival of Wesak, at the Taurus full moon and the festival of Goodwill at the Gemini full moon. Through the steady meditative efforts of individuals and groups around the world these subjective energies are being anchored in the consciousness of humanity. They offer an approach to the Divine, to the Greater Life, to God – call it what you will.

The three major festivals establish the ‘divine aspect’s of Will (Ray I) – Aries, of Love/Wisdom – Taurus (Ray 2) and of Creative Intelligence – Gemini (Ray 3). The nine lesser Festivals celebrated at the other months, build in ‘attributes’ or divine qualities. All twelve energies are used to stimulate evolutionary growth in all the kingdoms of nature of which the Human kingdom is one.

We meditate as meditation opens a channel in consciousness through which energies can be invoked, received and directed outward. The energy is qualified by the full moon period, which is determined by the nature of the zodiacal constellation through which the sun, our solar centre, is travelling. When the moon is full to our vision, the energy path for communication is open, unimpeded and potent. These periods are like ‘holy days’, days of invocation, of united spiritual effort. Esoteric vision sees a time when these three festivals are kept throughout the world, forming the basis of a great spiritual unity leading to what is termed the Great Approach. In other words, if enough people = a critical mass if you like, focus at these key cycles of opportunity, the channels can be strengthened and we can be infused with that Greater Life which flows through the cosmos.

To explain, the esotericist views life as a great, intricate web of interconnected energies. As astrologers this is not difficult to understand, surely. The planets, constellations and solar systems are seen as greater entities on the scale of ‘consciousness’ if we can call it that – planetary gods, systemic gods and on out with every smaller system is seen as a life within that larger entity akin to the biblical expression “In Him we live and move and have our being”. Every level of Life seeks to grow, to become greater, so we open the channels to higher consciousness.
The Ageless Wisdom does not share the traditional view about Christ. Christians can be very limited in their ideas about Christ, (as can any group who holds to a doctrinal view) who of course does not belong only to Christianity but to all peoples and all religions. Rather Christ is a great Avatar or embodiment of the quality of Love/Wisdom who overshadowed that great identity who was Jesus. He is seen as having opened a channel in consciousness between the human sphere or kingdom and the sphere of Divinity or Hierarchy as it is called. The Bible speaks of ‘a great rent in the veil of the temple” referring to a rent in our ignorance, a shift in human consciousness. He showed the next evolutionary step ahead. Throughout the centuries, our minds have been directed to Jesus dying on the Cross and I am speaking of course in the Christian idiom. This is the message of Pisces, death sacrifice, suffering. We are to fix our minds on the living Christ, on life, on resurrection not on death. Livingness is the key to this Festival, livingness as a process of spiritualisation as opposed to death, the process of materialisation. Christ’s gift was the gift of resurrection as a great vision, penetrating into human consciousness, setting the fires of aspiration toward new values, towards victory over matter
When Christ rolled away the rock covering his tomb, he rolled away our imprisonment in the matter aspect by demonstrating the falsity of death,”leading us from death to immortality” as the saying goes. We are immortal spirits. Just as the chicken emerges from the egg, we move in and out of form-life. In many respects the moon represents the form life, the Great mother, the feminine and we are reorienting towards the Solar Life, the life of the Soul and the Life of the Spirit. We are both, but we need to know that. Just as Christ rose from the tomb so will humanity rise from the tomb of our degenerate civilisation – degenerate when seen in terms of the pollution of the earth, and in the light of our negative non-sharing ideologies of greed and separativeness, our dense materialism and our limited mental conceptualisations of Life. The Aquarian era into which we are slowly moving could be called the Age of Resurrection and the Piscean Age out of which we are coming slowly can be called the Age of Decision and we have had to decide between hated and love, between life and death, between forces of materialism and the higher forces, between matter and spirit. Christ’s message was a message of love and inclusiveness at the core, but moreover a message of “life more abundant” which is an esoteric term meaning the life lived from the perspective of the spirit or according to the Will of the Father with Father being synonomous with the Spirit aspect.

The secret of Aries is the secret of beginnings, of cycles and of emerging opportunity. These quotes are from Esoteric Astrology by Alice Bailey.

The energy of Aries is fiery. It charges and stimulates the Spark of Life in every form, causing it to advance and progress. Resurrection is the progressive advancement of the Spark of consciousness and is that striving to move forward, that rushing onward. We recognise this as the Aries primal urge. It’s aggressive, a warrior sign, combatitive, seeks to conquer, moving to the new. In the esoteric interpretation this is the Inner Spark, the Inner Fire which seeks to fuse with a higher level of existence, forcing us forward. On a global scale it is the building of the New World Order.

Aries rules the head. The esoteric mantram for the sign is” I come forth from the plane of mind and I rule”. It has to do with metal forces. The Forces of Restoration are active at this time. These forces emanate from the Mind of God – they are connected with the intelligence principle in the divine nature. It’s as if the super-conscious principle of Existence has an idea, call it the Divine Plan, the entelechy of the system, whatever terminology but we are propelled forward, inspired, in accordance with that Divine idea. It is very creative. Someone in tune with their Inner Spark is creative, they inbreathe an idea, it takes hold, they express it out into the world. Aries is creative. It carries the “life which produces the birth of forms”. It stimulates the intelligence. It causes us to think, to plan and to take action.It produces neither good or bad results it simply brings about the awakening of our minds. The action taken depends on the quality of the mind of those who respond to the forces of restoration and will be conditioned by point in evolution, racial and national background, tradition and so on. This is true for the individual, the group, the society or nation. These forces are working through out the world, causing initial difficulties, strife, conflict that we associate with Martian energies, but they are bringing about a reorganisation of life at whatever and all levels.

The deepest response to these energies is of course to burn with the flame of higher realisation, where the vision of Inner realisation ignites the Inner Spark and we awaken to New Life. So in Aries the Idea is indrawn, in Taurus it is clothed in substance, given form and rendered magnetic and in Gemini it is distributed and given out. This is the sequence of the three Festivals and whilst true at every level, it refers in the highest sense to human awareness, to conscious evolution and is planetary in its scope.

The Aries Myth: Diomedes, son of Mars, possessed a large number of brood mares, running wild and devastating the countryside, living on human flesh, creating terror. The were breeding great numbers of war horses and couldn’t be caught. Eurystheus ordered Hercules to capture them. He took his friend Abderis with him and together they rounded them up. Jubilant, Hercules gave them to Abderis to hold while he went to tell the King. Abderis couldn’t hold them and was trampled to death. Hercules finally managed to recapture the mares, but grieved for the loss of his friend. So the first labour was a partial failure.

Aries is the sign of commencement, the out-going power that begins the cycle, the urge to create. Hercules rushes in full of bravado and initiative and spiritual impulse. The mares represent the destructive nature of an unbridled mind, the powerfull feminine side of the mental nature which gives birth to ideas and concepts, but which let loose on the world without the guidance of mental control lead to ill-judged actions, wrongly spoken words and disaster. He gives control of the wild horses to Abderis, who symbolises the lower personal self, but it takes Hercules as the soul or higher nature and Abderis as personality working together to hold the horses.

The exoteric planetary ruler is Mars and Hercules takes his stand as the warrior,the pioneering spirit characteristic of the sign. The brood mares symbolise the creativity of thought, whether human or universal. You could say that the universe began in the mind of the Cosmic Thinker. The soul is referred to as the Thinker. The word ‘man’ comes from the Sanskrit root ‘manas’ to think.

The esoteric ruler is Mercury, Messenger of the Gods as bridge between that which is below and that which is above – representing all levels of the mind, not so much the concrete levels of mind but more the reasoning, abstract side. At the highest levels, it is the intuition, straight knowledge or ‘pure reason’. We are being exhorted to think, to control our thoughts.
Mercury as “Messenger of the Gods” refers here in the highest reference to every sage, prophet, avatar and Christ especially.
In closing, as Saraydarian says in “Symphony of The Zodiac” – Our responsibility at this time is to raise, to resurrect the fires of our physical-etheric nature, our emotional and mental fires, and holding them together, fuse them with the Flame of Spirit within us.This will be our own resurrection; to reorient the forces flowing toward the satisfaction of our lower self to an intelligently planned act of sacrifice and service, a goal-filled life, and the Plan and Purpose of God. If we do this from the time of the Aries full moon until the Taurus full moon, which is the highest point of condensation of the energies, then we will see the reality of resurrection within our own nature.